You are here: Home1 / About Tambuzi

I emigrated to Australia in 1990. In 1993 I adopted by first dog, Gemma, from the RSPCA. Gemma passed away in 2011, at almost 18 years. Initially, Gemma and I took up obedience training, which we both enjoyed. It was no end of fun. Eventually I went on the course to become an instructor and thoroughly enjoyed helping people and their dogs. It was during this time whilst completing research into dog aggression that I came across some experiments that Scot and Fuller undertook in the 1960's. They had crossed Basenjis with Cocker Spaniels to try and ascertain what percentage of learning was passed on to the pups from the mother and what was inherited. I had not heard of Basenjis before. I researched the breed and became intrigued. They were reported to be untrainable. What more could an instructor want to test training methods.

A series of coincidences led me to purchase by first Basenji, Lindi (Ch Tamsala Fire And Ice) in 1997. I had set out with a set of criteria for my Basenji. I had done a lot of research. Temperament and health were at the top of the list. Showing and breeding were not on the list! I ended up at Tamsala because this kennel was the only one I approached that could offer me any form of health testing results.

Lindi did incredibly well at obedience. Very quick to learn. Equally quick to get board and want to get on with the next agenda item. Then I went to a show and got bitten by the show bug. I decided to research stud for a future litter.

Lindi had a protracted season in 1998 and it was recommended that she be bred the following year. In 1999 Lindi was mated by frozen semen AI to her grandfather, Am Ch Jamila's Madahiro Red (SDHR). Four puppies resulted, Tambuzi's first homebred champion Meja, Ch Tambuzi The Tamperer (AI). She was quickly followed by her brother. Sammy, Ch Tambuzi Take That went to Robyn Thompsons's Glendawn Kennels.

The following year Lindi was mated to Thomas, RUBIS Ch Tamsala Himself (AI). This was the mating that Jan Robert of Tamsala suggested for the previous year. The Thomas x Lindi produced quality puppies. I kept a dog TJ who was unfortunately killed by a car. He was a sensational dog with huge potential. TJ was almost half way to his title when he died at 8 months and his loss was devastating. His litter sister Kelele was my first export. Kelele left for America to reside with Dilys Blair-Bain at Samburu Kennels. Kelele waited until she was a year old before taking back to back majors to become Am Ch Tambuzi Kelele a week later she took Best Opposite sex at a speciality. Kelele also attained her UCICB International Champion title. Whilst in Australia she took BIS Baby Puppy at her first show and was the Best Baby Puppy in the hound group at the Royal Hobart show.

Due to the loss of TJ I decided to repeat the mating to Thomas in 2001. The resulting litter was equally promising as the first mating. This time producing Tamika, Ch Tambuzi Totally Tamika; Triton, Ch Tambuzi Totally Trifik and Oscar, Tambuzi Totally Taboo. Oscar was shown as a young dog and did very well.  A terrible incident with a neighbour made him very unsure of strangers and I decided it wasn't fair to pursue his show career. Thankfully, he is now much more confident and is pretty much over the incident.

I decided to keep my line 'tightly' bred until I was happy with the consistency of the resulting litters. My next breeding was with Meja who was put to Oscar they produced Ch Maximum Ovadrive (Bandit) owned by Amanda Wright, a very typey red and white dog.  Bandit did his fair share of winning including Best of Breed at the Melbourne Royal in 2004.   In 2005 a tri to tri mating was undertaken using Duggie, RUBIS Ch Tamsala Skulduggery over Meja. Two puppies from this litter went overseas. T-Jay to Jerlin Kennels in America and Jenson to Van Oxymoron Kennels in Holland. Jenson soon attained his youth titles and then on to his adult titles in both Holland and Germany and now is Ned, Ger, Ger Klub, Ch Tambuzi Jetset Jensen NJK JW'06 W'06. Jenson he has done very well at stud for Van Oxymoron and other kennels that have noticed his positive attributes.

In 2006 Meja was mated to Tamsala Scarlet Runner who brought in Jasiri-Sukari, another reputable and stylish American line. Three puppies resulted and all became Australian champions, Phoenix, Ch Tambuzi Gubraithian Fire, Harry, Ch Tambuzi Secret Keeper, a multi runner up in group and runner up of breed at the Melbourne Royal winner, and Ch Tambuzi Isleof Azzkaban.

Halle was bred in 2010 to Harry, Ch Tambuzi Secret Keeper half sister/brother mating. Sierra, Ch Tambuzi How Soon Is Now was my keeper. Halle was bred again in 2012. This time being mated to Ringo, Ch Debrak On The Road Again (AI). Ringo has an interesting pedigree and is the result of an AI mating; Ch Tamsala Shenandoah Shade to Halle's litter sister Bindi. The mating produced Ruby, Ch Tambuzi The Rinpocheof Qinghai owned by Lisa-Jane. Ruby was titled in 7 months with a Runner up in Group (BIG2). Tobi, Tambuzi the Sherpaof Annapurna owned by Colleen being well on the way to his title.

In 2013 Sierra was mated to Ringo with 7 puppies produced. The next Tambuzi generation is only a few weeks old. I am looking forward to their contribution to my kennel.

I live on a 7 acre property near the central Victoria town of Heathcote. We are beautifully located overlooking a small valley. The property is full of native flora and fauna and it is not unusual to have in excess of 20 Kangaroos (our mob) in the property at the same time. Plus all manner of birds, from beautifully coloured parrots to large wedge tailed eagles. The occasional emu and gecko is not unheard of. 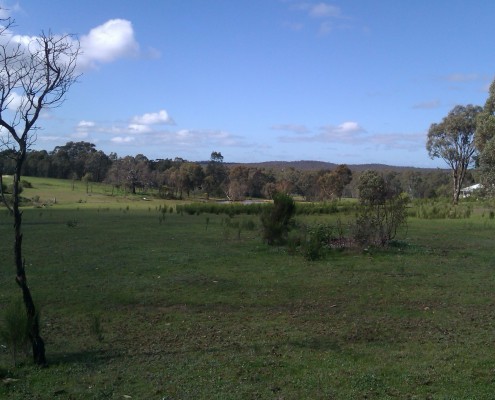 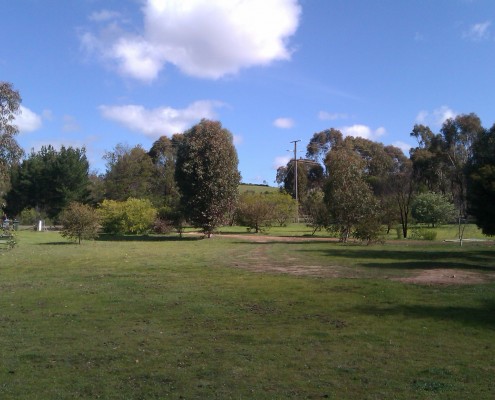