Jenson left for the Netherlands to live with Marianne at Kennel Van Oxymoron, home of Basenjis and Ibizan Hounds. During his short show career in Australia Jenson won several class in group awards. Since his arrival in the Netherlands he has done very well for Van Oxymoron. Successful in the show ring and at stud. He has stood at stud for several kennels in Europe.

He was the 2006 junior world and adult world winner at the Dortmund Show, Germany and qualified for Crufts.

Now retired from show ring Jenson lives an exciting life with fellow Basenjis and Ibizan Hounds. Out on walks in nearby forests Jensen keeps on eye on the Ibizan’s and rounds them up like a herding dog when it is time to go home. 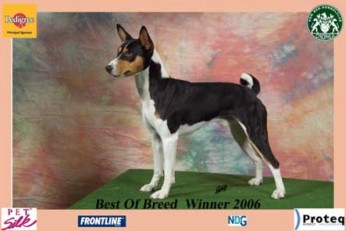 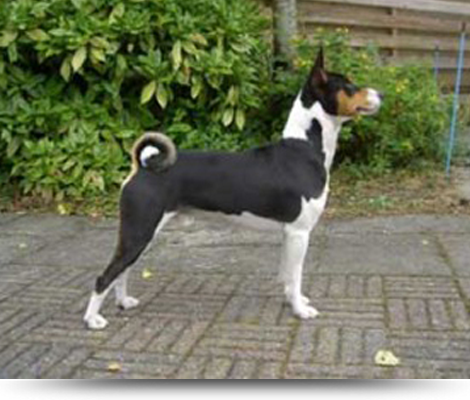 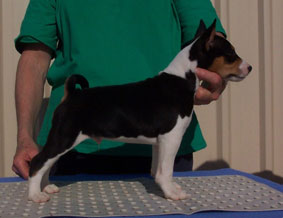