You are here: Home1 / Basenjis2 / Phoenix

Phoenix is loved and owned by our friends Suzanne and Darren. It was a hard choice which of the two boys in the litter was the keeper. Suzanne and Darren were very taken with Phoenix from the first time they met him. It was decided that they should have him. The prospect of showing him was a very big bonus. Although, showing was not his major priority, Phoenix did well in the show ring and with limited showing gained his Australian champion title.

Phoenix is not quite a senior, but he is now retired. He keeps Nzuri (Basenji) company. Phoenix best past time is keeping  watch on the coming and goings on the Warburton railway trail which passes within Basenji eye shot of his veranda.

The following photos were taken when Phoenix was 11 months old. 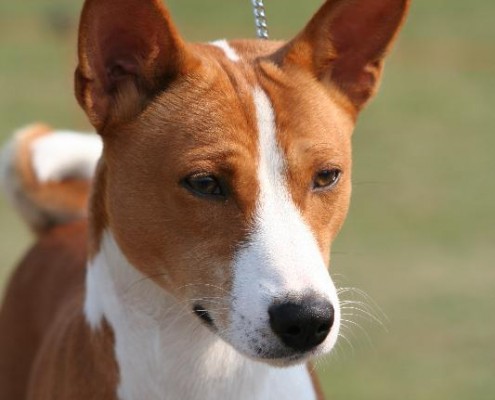