Harper's (Ch Tambuzi Night Flight To Venus) PennHip results were received in March. Yet another exceptional result. In fact Harper's hips score could be the lowest for a Basenji screened by the PenHip system which as a breeder is something to be proud of. Another one of my Basenjis ranked in the top 5% of the breed. Harper's score is below; Right Hip (Distraction Index) 0.21 and left 0.20, with no signes of OA in either hip. The breed ranges between 0.27 - 0.75 with an average 0.45. 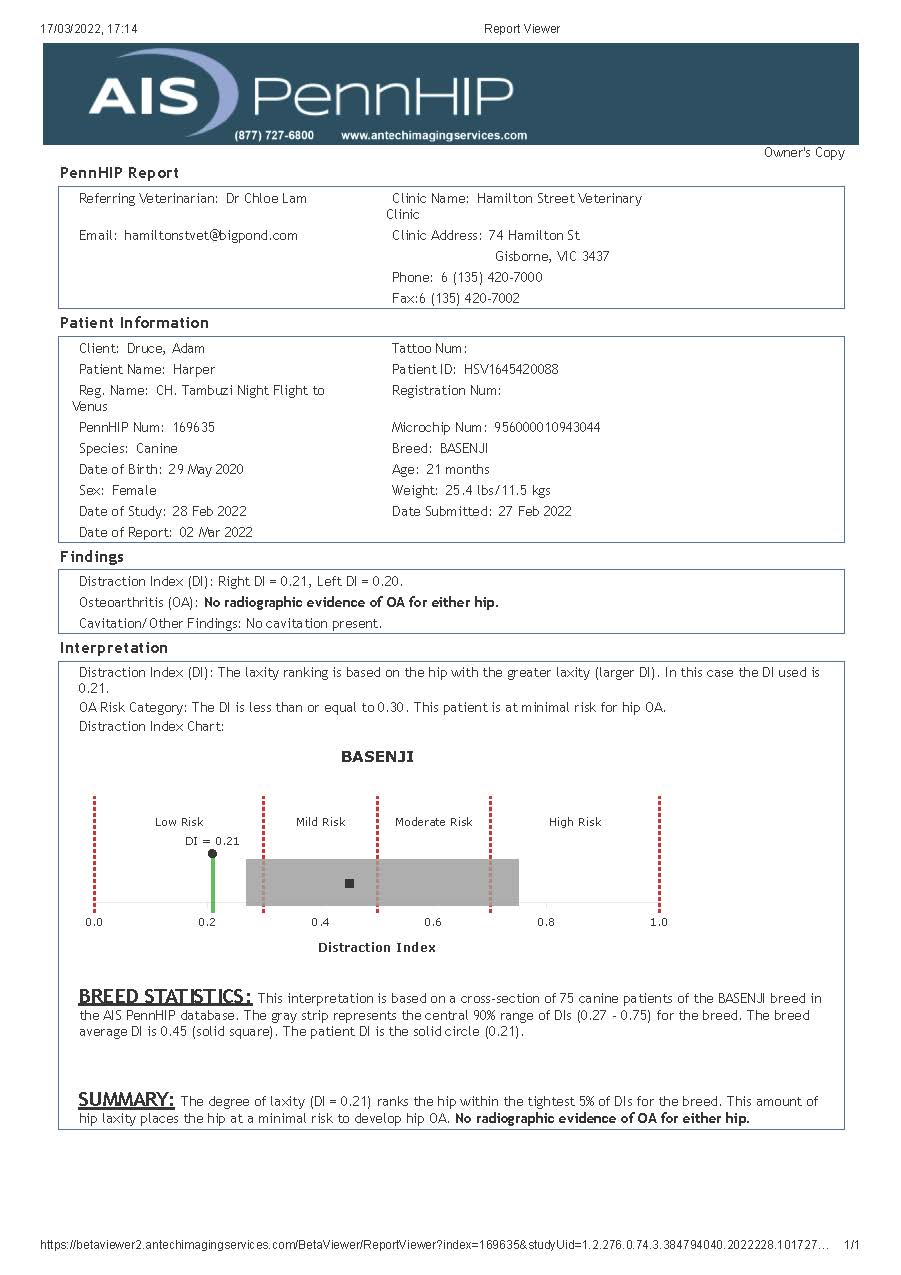