Jakey's (Ch Tambuzi The Aeronaut) PennHip results were received in March. He was screened at the same time as his litter sister Haroer. Very pelased with Jakey's hip score. The great result re enforces why such screening is so important. Jakey's score is just outside the tightest 5% for the breed, a percentage being reduced because of the low scores recently - many being my dogs scores.  Jakey's score is below; Right Hip (Distraction Index) 0.27 and left 0.29, with no signes of OA in either hip. The breed ranges between 0.27 - 0.75 with an average 0.45. 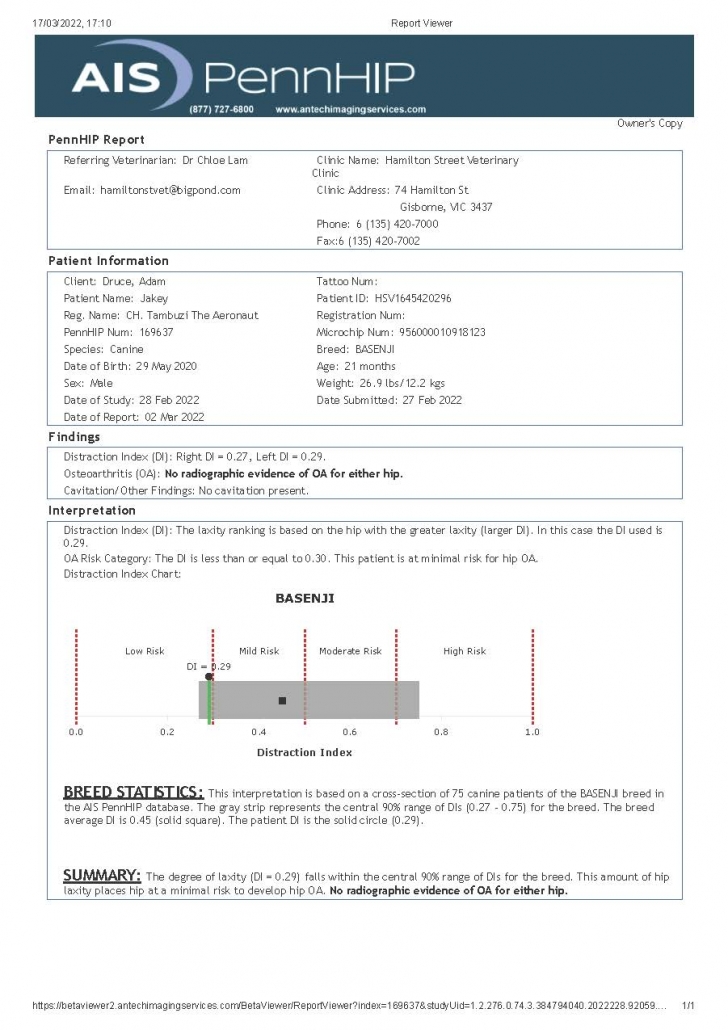